Skip to content
Home » What is a vViking without beer? 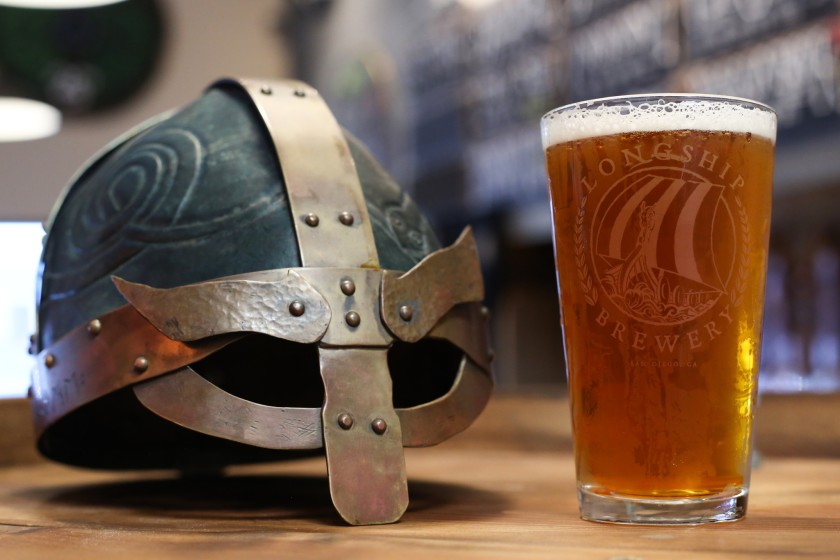 Yes, I’m bearded. Yes, I love a good beer and yes, I love good BBQ too .. you can’t have it more manly than this!
Maybe you already know me for my countless low-and-slow smoking BBQ sessions, which I’ve relentless thrown at you on your Twitter timeline #tweetyoumeat.

But I’m always on a quest to raise my masculinity even more; So let’s talk about beer!
And No, I’m not talking about pilsners (for example Heineken), I’m talking about the highly fermented, strong, flavorful beer types. Beers which, in a figurative sense, you need to drink with a knife and fork to swallow, beers with grains-, malts- and hoppy flavors: Belgium Beers are my favorite!

Hopefully, at this point, you know where I’m heading.

As a BBQ enthousiast I’ve cooked multiple times for large groups of people (up to 80 persons), but around 2 years ago me and a friend started to do tasting experiments for our friends: We invited around 10-14 people and served them amazing food accompanied with matching beers: which was an instant hit! This is a different type of cooking: Cooking for 80 people is more about volume than it is real fine dining. Tasting experiences are fine dining, I’m literally taking my friends on a journey through different flavors and cooking styles. Me and my friend always talked about serving our own beer when doing these tasting experiences. So what started as an idea evolved at around January this year (2020). This idea grew to a certain type of desire, which led to our first small investment in a home-brewery kit (kettle and a fermentation tank). We asked another friend to join us with our beer-brewing journey, but really none of us had any knowledge of beer brewing. So after our (little) investment, we started to gain knowledge about beer brewing (which isn’t really the correct order). We frequently came together and shared our gained knowledge, did some more essential investments and then finally it happend: halfway February we started brewing our first batch of beer! A Belgium Saison beer (which I will be talking more in a few seconds).

Our first brew day went really really well! No real f*ck*ps whatsoever!
But then, the waiting game was started. And just like some hungry wolves we followed the fermentation process very strictly on a day-by-day basis (maybe a little bit too much). We did bi-daily tests (to track the fermentation), but we also talked about the next steps: presence, improving the process, etc.

With presence I mean: How do we differentiate our beers from others? We are focussing on 3 to 5 beers, from which we want to enhance the recipe: be aware that these beers are currently NOT for sale, as we do not want to start a business (for now). The involved laws regarding beer brewing are much and complex: we will focus on the beer itself.

But we do some branding!
So without further ado, W presenting our own home-brewery Brewery 22FOUR, which you can find on Untappd. Our first beer is called “Joehoee” (with double ee on the end) and our second beer will be called “Fietfiew”.

More information about the beers can be found here.

Brewing beer can be as complicated as you make it yourself. You can brew beer with just a few simple steps, which can result in a somewhat “good” beer. But we tend to follow the traditional way of beer brewing, resulting in “a craft style beer”. So as for today, our first beer has finished .. and even for a first beer it tastes GOOD! But to get a consistent quality we need to improve the beer brewing process. We invested (heavily) in good equipement and als we adjusted the brew process. which results in a consistent quality beer.

For example we used an aquarium heating inside the wort to hit the yeast optimum operating temperature. Well .. the heater was too hot, which results in dead yeast (and can result in a duff flavor). So we invested in converted refrigerators, by building heaters into them, which has a more consistent result.

We are starting a shed, in a place called Monster (in The Netherlands). We have a brewing capacity of 30 Liters of beer every 2ish weeks, as we use 2 fermentations tanks (and 2 climate cabinets). So we can produce multiple beers at the same time.

We are still a home brewery: so no sales (at this moment). Do you want to taste our beer? contact me (or any of us) and we sure can arrange something!

Visit our website www.brewery22four.com and/or visit us on Untapped.